The Importance of Indemnity Clauses 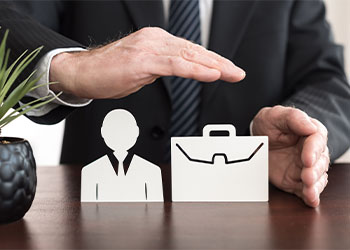 Indemnity clauses are common in commercial and professional contracts. They are found in purchase and sale agreements for goods and services, supplier-distributor agreements, leases, property and business purchases, construction contracts, and more.

These provisions are also often referred to as “hold harmless” clauses. This means that one party to an agreement takes on the obligation of paying for the other party’s financial loss – to hold the other party harmless or not liable.

The two parties to an indemnity clause – or a stand-alone indemnification agreement – are known as indemnitee and indemnitor. The indemnitor is the party that agrees to reimburse the other party – known as the indemnitee – for any loss that results from a specified event or set of circumstances.

If you’re involved in an indemnity dispute in or around Toronto, Ontario, and you wish to pursue your rights and options, contact Matthew R Harris Law P.C. for help. Lawyer Matthew R Harris and his team are dedicated to helping businesses and individuals protect their professional interests. They also proudly serve clients in Hamilton, London, and Ottawa, Ontario.

The construction industry provides instructive examples of how indemnity or hold harmless clauses are used and what they accomplish. Say a property owner wants an apartment or office building erected on a vacant lot. He will engage with a contractor to do the work, and the work will be governed by a contract between the two. The contract will invariably contain a form of an indemnity clause. The owner thus becomes the indemnitee, and the contractor the indemnitor.

All goes well until the building is finished and residents or businesses move in. Then an accident happens. A railing on a stairway breaks off, and someone falls and is seriously injured. While this may also be covered by the owner’s commercial liability insurance, it could at the same time trigger the indemnity clause in the owner-contractor agreement. The accident, after all, happened because of a defect in construction, which needs to be corrected.

Indemnity clauses can be written to be subject to certain limitations and or triggering circumstances or events. In broad terms, there are three major types of indemnity or hold harmless clauses:

RECIPROCAL: Both parties to the agreement or contract agree to compensate each other depending on whose negligence or actions caused the loss. This is also known as a mutual indemnification clause.

BROAD FORM: This is also known as a one-way clause. One party agrees to indemnify the other regardless of who is at fault for the loss.

INTERMEDIATE: Also known as limited, this clause requires indemnification only when the Indemnitor is responsible for the loss. In the construction example above, if the owner is solely the cause of the loss, the contractor is not held liable.

There are other forms of indemnity or hold harmless clauses depending on the type of transaction being contemplated and on the circumstances of the agreement. Other names for indemnity clauses include no-fault agreement, waiver of liability, and release of liability.

The enforceability and application of indemnity clauses hinge to a great extent on the wording of the clause. Most will contain time limitations for asserting claims. For instance, in the construction example above, the clause may have been worded to expire 12 months after completion of the project. Thus, any claim must be asserted within that time frame.

The clause should also spell out the procedures for making a claim. Timely notice of an indemnification claim must be made to all parties involved in the agreement while observing the specified procedures.

If enforcement requires civil action, the court will be carefully examining the wording of the clause. Thus, the best protection when entering into an agreement containing an indemnity clause is to have it reviewed by an experienced lawyer before signing off on it.

Before you enter into any agreement or contract, it’s essential to have a knowledgeable lawyer review, write or rewrite your agreement, including any indemnity or hold harmless clause contained therein. Whether you’re indemnitee or indemnitor, a lawyer’s guidance in crafting an agreement will help protect your rights.

In Toronto, Hamilton, London, or Ottawa, Ontario, contact Matthew R Harris Law P.C. with all your contract-related issues and disputes. Reach out today for a consultation